On Tuesday, 5th March, parallel to the meeting of the EU environment ministers in Brussels, activists of the environmental organisation Robin Wood e.V. demonstrated against the destruction of the Romanian virgin forests. Their protest took place with symbolic “logging” of an old tree in front of the Romanian embassy in Berlin.

Equipped with foresters clothes and a chainsaw, they shredded a tree trunk in front of the Romanian embassy to draw attention to the massive deforestation in Romania’s highly valuable forests. People in bear costumes were holding a banner with the following text on it: “No Loggings in Romanian National Parks”.
“The Romanian virgin forests are being illegally logged – in national parks, biosphere reserves and Natura 2000 sites – and we call on the Romanian government to take effective measures to prevent this” says Jana Ballenthien, forest expert from Robin Wood. The environmental activists used the Romanian EU presidency to draw the spotlight on Romania and illegal logging. Even in the Natura 2000 sites, which are actually protected under European law, deforestation is massively taking place in Romania. “The last virgin forests on our earth with their biodiversity and their function for a stable climate must be reliably protected – not only on other continents, also here in Europe. We call on the Romanian government to use its presidency of the European Council to put forest protection right at the top of the agenda,” says Ballenthien.
Romania’s forests biodiversity is overwhelmingly rich and the forests provide habitats for numerous endemic and threatened species. The Carpathians host most of the last virgin and natural forests in the European Union – almost untouched since the ice age. They are invaluable for climate and biodiversity. Many regions in the Romanian mountains are difficult to access and are amongst the few remaining refuges of European brown bears, lynxes and wolves.
In particular, Robin Wood calls on the Romanian government and Romsilva to establish an effective control system to prevent illegal logging in national parks and to enforce EU legislation consistently to protect designated Natura 2000 sites. EU-wide sanctions for illegalities in Natura 2000 sites must be ensured. In addition, logging and trade in illegal timber must also be effectively prevented within the European internal market.

Romania’s virgin forests need help. So please sign this petition and spread it further. Thank you!

Only one percent of the forests in Europe are still untouched!
The preservation of our very last virgin forests therefore is of utmost importance!

Most of these last paradise forests in the EU are located in Romania.
But they are being cut down ruthlessly. In front of our eyes.

Every day. Also at this moment.
We need your help to stop the rapidly progressing destruction of the primary forests in Romania and to preserve this unique natural treasure.

PLEASE SPREAD THIS MESSAGE!
Help us to collect more signatures and inform more people about the nature tragedy in Romania!

Share this message on social media or spread it by e-mail.
Many Thanks! 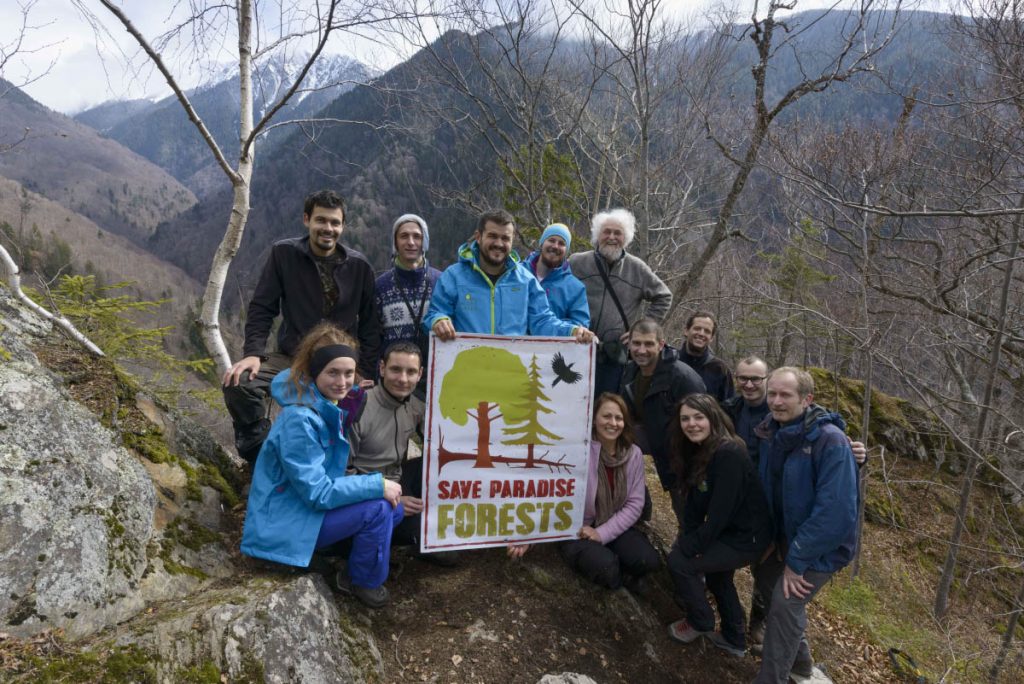 EuroNatur and Agent Green raise the alarm: forest industry groups and Ministry push for lower fines for illegal logging and destruction of primeval forests in Romania

Bucharest, Radolfzell, 3 March 2017. Romania hosts about two thirds of the European Union’s old-growth forests. The Carpathian Mountains in Romania are home to one of the greatest treasures of Europe’s natural heritage. However, largely unnoticed by the European public, in recent years tens of thousands of hectares of old-growth forests have been permanently destroyed. Even national parks and Natura 2000 sites cannot protect the forests from the chainsaws – large parts of the destruction of old-growth forests take place right in these areas.

“The Romanian government has to live up to its responsibility for the European natural heritage. Europe’s last paradise forests can only be saved by an immediate moratorium on logging on all forest areas that potentially include old-growth forests. Once primeval forests are destroyed, it takes many centuries until forests can reach a comparable ecological quality again”, states EuroNatur CEO Gabriel Schwaderer. “Particularly old-growth forests on state-owned land must receive strict protection immediately.”

The Romanian parliament currently discusses a bill which would dramatically lower the maximum penalties for illegal logging. This might further aggravate the forests’ situation. “Reducing fines for illegal logging by 90% is a completely wrong signal. Destruction of old-growth forests must not be downgraded to trivial offence. People in Romania are fed up with corruption and misgovernment. Criminal activities are a main reason for forest destruction in Romania. This law of amnesty for forest destruction therefore has to be discarded”, demands Gabriel Paun, president of Romanian nature conservation NGO Agent Green. On the contrary, he calls on the government to strongly increase penalties for illegal logging and for destruction of old-growth forests.

Agent Green and EuroNatur jointly call on the international public to sign a petition to protect old-growth forests in Romania. “The more people sign this international call, the stronger is our message to the Romanian government”, says Gabriel Paun.