After three years of protests and legal proceedings by Agent Green, the national park’s strictly protected natural forests were expanded. However, several very valuable forests are still without a protective shield …

Several important primary forests in the Cernisoara basin in the de facto unprotected buffer zone Domogled – Cerna Valley National Park and UNESCO world heritage site have now become strictly protected, three years after the Agent Green protests and after a series of investigations and trials at the supreme courts of Romania.

These forests of outstanding natural value, including most of the Radoteasa and Cărbunele valleys (except the plots degraded by aggressive logging until the date of the protest) are now listed with the new edition of the „National Catalog of Virgin Forests“.  This means that they are under a strict non intervention regime, equal to the neighboring UNESCO World Heritage site components parts and the core zone and the national park.

This success, unique in Romania comes both as a result of Agent Green’s protest in May 2018, and several lawsuits won by the organization in November 2019 against Romsilva and the Ministry of Environment at the Court of Appeal and the High Court of Cassation and Justice.

In the spectacular case of Agent Green against the Ministry of Environment and Romsilva, Baia de Aramă Forest District, the organization had suspended the cuts on an area of almost 20,000 hectares that overlap with Domogled National Park – Valea Cernei and Natura 2000 site North of Gorj West. The defendants appealed, which they lost and subsequently made an extraordinary appeal which they also lost by the final decision of the ICCJ.

In the meantime, Romsilva continued to extract secular trees from these areas until Agent Green repeatedly called on the Forest Guard to intervene. Shortly afterwards, the cuttings from Padeș, the neighboring state forest district on an area of 14,612.36 hectares, were also suspended by a decision of the Bucharest Court of Appeal (in the case of Agent Green against Romsilva and the Ministry of Environment).

Unfortunately there are still important but unprotected old growth forest patches in Ivanu, Olanu, Balmosu valleys and Cerna Sat area, adjacent to the areas which came under the shield of the „Catalogue“ recently. Also in Baile Herculane and Mehadia forest district the situation is still unsatisfying, especially in Mehedinti Mts, where only very small little „islands“ of old growth forest were included in the „Catalog“ so far. Same accounts with the UNESCO World Heritage Component Part Coronini-Bedina, which is is a very wild and beautiful area with old-growth beech forests grown on limestone.

In a „Mission Report“ (following a field trip in 2019) published in March 2021 UNESCO and IUCN called for strict protection of all old growth / primary forests in the national park: “The mission concludes that the current management of the component parts’ buffer zones does not meet the requirements of the Operational Guidelines (OG) in a satisfactory way and may have negative effects on the integrity of the transboundary property. The current forest management should seek to better support the natural processes and be based on strengthening and expanding ancient and primeval beech forest ecosystems over time.“

In this report, UNESCO and IUCN urged Romania to “strictly protect all ancient and primeval beech forest ecosystems that have not been included in the property, in order to foster the long-term preservation of those exceptional ecosystems; priority should be given to those located in proximity of the components visited by the mission, to enhance connectivity.“

The whole national park is also designated as a EU Natura 2000 site, where protected habitats and species must not be „significantly deteriorated“. Removal of rare pristine ecosystems like primary and old growth forests by logging undoubtedly needs to be classified as a „significant deterioration“ of the important natural heritage of the EU.

In 2021, the park’s new management plan will be done. Agent Green and its partner organisation EuroNatur Foundation call on the Romanian government to ensure that the strictly protected core zone of this unique national park area will be extended to ensure safe conservation of all intact natural ecosystems (including all high biodiversity value forest stands) and to meet international IUCN standards (of at least 75% strict protection zone).

Since the new EU Biodiversity Strategy 2030, which was endorsed by all EU member states in 2020, aims to strictly protect all “primary and old-growth forests”, Romania is anyway obliged to map and protect these forests safely and comprehensively.

The enlargement of the strictly protected zone also needs to ensure that all three UNESCO World Heritage component parts sites, which are located within the boundaries of the national park, are connected to suffiently guarantee the ecological integrity. This needs to include initially degraded old growth forests as well and put them under non intervention management, as reommended by UNESCO / IUCN. 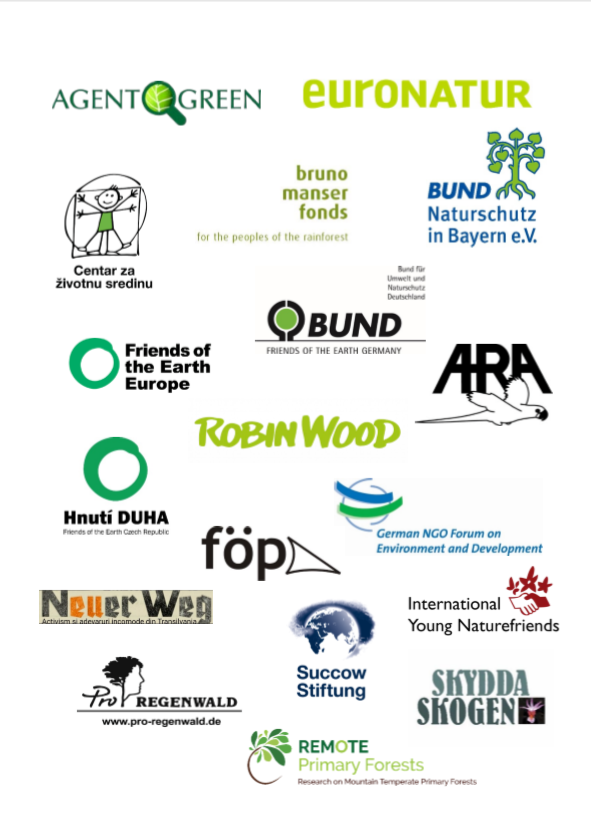